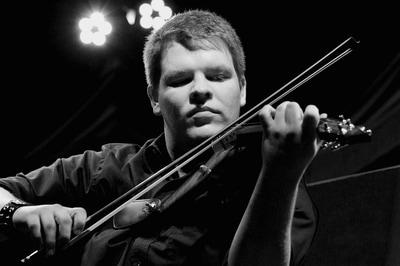 For Joseph Shackelford it started early in life, you could say he was born to perform.
Classically trained from the age of four, Joseph began laying the groundwork for what would become a lifelong dedication to his instrument. Learning and dedicating himself to the intense training regimen provided an array of tools, and developed the artistry to pull from for each and every genre he performs.


At age eleven, Joseph began studying at the Cleveland Institute of Music, and has studied with and been coached by names such as Ivan Zenaty, Rachel Barton Pine, William Preucil, David Kim, Brian Lewis and many more. Genuinely passionate about all genres, and having multiple skills ranging from producing to arranging, Joseph created and began reﬁning a show blending classical technique with genres such as Rock, Pop, Alt Rock, and more.


At age eighteen Joseph booked his own regional tour, expanding his fan base while reﬁning and cultivating a show ﬁtting for large festivals to intimate venues. Being described the “Jimi Hendrix of Violin” Joseph is transforming the perception of violin and cultivating and uniting genres and fans.


All told Joseph creates a musical experience like no other - a show entertaining, epic, and exhilarating, ﬁnding its place on major stages, and on the road!


“...Joseph's musical talents are more than an aspiration… He has remarkable talent, both as a performer as well as a music technician...” Dan Smith (GM of House of Blues in Cleveland, Orlando, and New Orleans).


Joseph Shackelford – “Burn it to the Ground”


As you can see and hear in Joseph’s arrangement of “Burn it to the Ground" by Nickelback, he plays with passion, power and energy that is fun and engaging. Joseph creates an experience that will rock any music festival or concert venue. Joseph’s shows always deliver! These performances have helped Joseph in developing a diehard fan base.


As a classically trained Rock Violinist Joseph Shackelford is electrifying stages across the region. He is transforming the perception of what is possible with the violin and genres such as rock, pop, alt rock, and more. Described as the “Jimi Hendrix of Violin," Joseph is taking on the world one stage at a time!


Joseph has performed on the same bill/alongside: 3 Doors Down, Ben Folds and Dwight Yoakam. The list also includes Barrett Baber, Whisky Myers and Will Hoge along with ABBA (Arrival from Sweden), Taylor Hicks, and many more.


Watch Joseph’s arrangement of "Everybody's Fool" by Evanescence. At the first of the video Joseph displays his music talent and range as he demonstrates his skills as a drummer, guitarist and bassist along with piano.


Want to see Joseph Shackelford in person and enjoy his music live, you will not be sorry. Head over to his official website and click on the tour tab in the menu. Below are some of Joseph’s upcoming shows.

Would you like Joseph to come to your town to perform at your venue, festival or school? Send him a quick note through his website using the booking tab in the menu. Joseph is available for the following:

Have a different event in mind? Ask them!


Below are the links to connect you with Joseph Shackelford on the internet and social media sites. 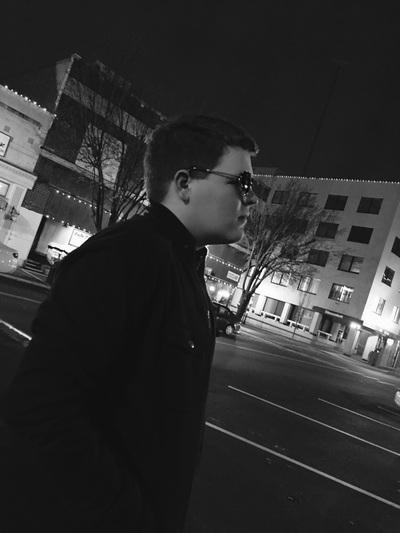 Joseph has been on the road a lot. I asked him in an email what he liked to do when he wasn’t traveling. His answer included what he likes about living here in Nashville.


“When I'm not on the road, I enjoy writing, spending time with my family, and just being immersed in the local culture. My favorite thing about Nashville has to be the history of the town. The history of Nashville, and being in a place surrounded by music. I love being in a creative environment where everyone is creating art.”


If Jack, Joseph’s Jack Russell Terrier didn’t get to go on the road with Joseph, he doesn’t get to go all of the time, he spends time with him also. Joseph loves having Jack around and describes him as a quirky pup that loves music and going for walks around town.


Joseph closed out our email conversation by talking about what he was a huge fan of along with his favorite venue to play in Nashville.


“I am an espresso/coffee fanatic, so I love exploring what coffee shops Nashville has to offer. One of my favorites so far has to be the Well Coffeehouse.
Recently I've been on the road mainly and not playing as many local dates, but a regular venue I play is Puckett’s Grocery in Leiper’s Fork. There's something special about that place. You will be blown away by the music there and the sense of family is unparalleled to anywhere in town! I love that place!”


After his name at the end of his email he added a saying that made me stop and think. I write about music and the people who perform it but never looked at music with this perspective. The statement was only six words but carried the weight of a well written novel.


“Good Music doesn't have a Genre.”


[Joseph Clay is a Georgia native who now resides in East Nashville, Tennessee with his family. After twenty plus years in the engineering field Joseph decided to hang up his hard hat and retire to focus on his true passion, writing.
Joseph is a full time author and consultant for ThunderHorse Publishing, and is currently working on his next novel. His latest release Witch’s Dilemma is on sale now in paperback and eBook format. For more information on Joseph and his books visit his Official Website.
As a blogger Joseph not only contributes to Live Laugh Love Nashville - Music Monday Feature and other blogs, he has two of his own. Joe Coming Unglued and Joseph Clay - Author the Official Blog.
You can connect with Joseph on Facebook, Twitter and/or Instagram. You can check out Joseph’s book trailer videos on his YouTube Channel.]